krack attack wifi vulnerability what does this mean to you 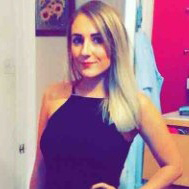 You may have seen in the press that a vulnerability has been identified in the WPA2 Wireless encryption protocol. So what is this vulnerability and what does it mean to you?

The flaw is not in the cryptography underlying WPA2 or its predecessor, WPA. Rather, it’s in the implementation. When communicating with a client device to initiate a Wi-Fi connection, the router sends a one-time cryptographic key to the device. That key is unique to that connection, and that device. This is so that a second device on the same Wi-Fi network can’t intercept and read the traffic to and from the first device to the router, even though both devices are signed into the same Wi-Fi network. The problem is that that one-time key can be transmitted more than one time.

So what does this mean to you? Many vendors have already issued patches to mitigate this security vulnerability. Users are recommended to update/apply patches to their WI-FI enabled equipment. This includes routers, user devices and smartphones.

Contact Concorde Cyber Security on 03331 300600 or email enquiries@tctg.co.uk for more information on how you can protect your business from the latest vulnerability!

...have already passed, don't waste another second! Send us a message and we will get back to you.