fight them on the breaches 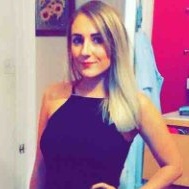 Data breaches are continuing to rise. In September 2018 alone, almost a billion records were leaked, according to the IT Governance website.

If that statistic isn’t shocking enough try another: a recent report by Shape Security suggested that 80-90% of login attempts on retail sites were from hackers using stolen data.

Worried yet? You should be. Since the days of Stieg Larsson’s Millennium series, when lead character Lisbeth Salander lent an underground mystery to proceedings as a gifted hacker, the work of malcontent computer experts has become almost as mainstream as those books became.

And that is bad news for business. As well as considerable damage to your company’s reputation, serious ransomware attacks or other hacks can prove extremely costly to your bottom line. Latest stats reveal most breaches aren’t identified for around 191 days, after which it can take on average another 66 days to contain the damage.

During that time you’re cleaning PCs, mobile devices, laptops, servers and even entire networks. You’re buying new tools and software and most probably hiring expensive external consultants to try and stop it ever happening again, all whilst struggling with cyber-attack induced downtime.

Worse still, the regulators’ spotlight is now firmly fixed on data breaches or, more specifically, the measures you have or have not taken to prevent them.

You may be sick to the back teeth of hearing about General Data Protection Regulations (GDPR), but you’ll be sicker still if you fall foul of them. In a worst case scenario, you can be fined up to €20 million for a breach of regulations, or 4% of turnover, whichever is bigger.

Whilst the act of being hacked isn’t itself a breach of the regulations, it would most likely have to be reported to the Information Commissioner’s Office (ICO). And if during that process your company was found to have failed to put the correct data security measures into place, then those whopping fines – alongside the bad press and other costly issues associated with a breach – will become a reality.

So what can you do to insulate yourself against such potentially damaging activity? It sounds obvious but making sure you have the right cyber security systems in place can go a long way to protecting you against hackers and regulators alike. We are currently recommending a couple of products – Threat Detection & Response and AuthPoint for 0365 – which have already proven themselves in the field.

Whilst these cyber security products should insulate you against most known cyber threats, no product on the market is completely fool proof. Therefore, we always recommend having a good backup system in place. That way if things do go wrong, it’s much easier and cheaper to get your assets back.

However, we recognise that neither cyber security nor backup is a one-size-fits-all challenge. In reality, we’d want to know more about your business, how it operates and what your potential weak spots are. Then we could tell you what would be the right solution for your business.

To find out how we can help protect your business contact us today.

...have already passed, don't waste another second! Send us a message and we will get back to you.